SAVE 80% ON MY ENTIRE CORE CURRICULUM FOR BLACK FRIDAY ONLY!

Ryan Serhant is one of the most successful and well-known real estate brokers in the world. After a decade leading one of New York City’s top-ranked real estate teams, he founded SERHANT., the first brokerage designed for the marketplace of tomorrow. In addition, Ryan is an entrepreneur, producer, public speaker, bestselling author, and star of multiple TV shows.

Expansion. Always, in all ways. 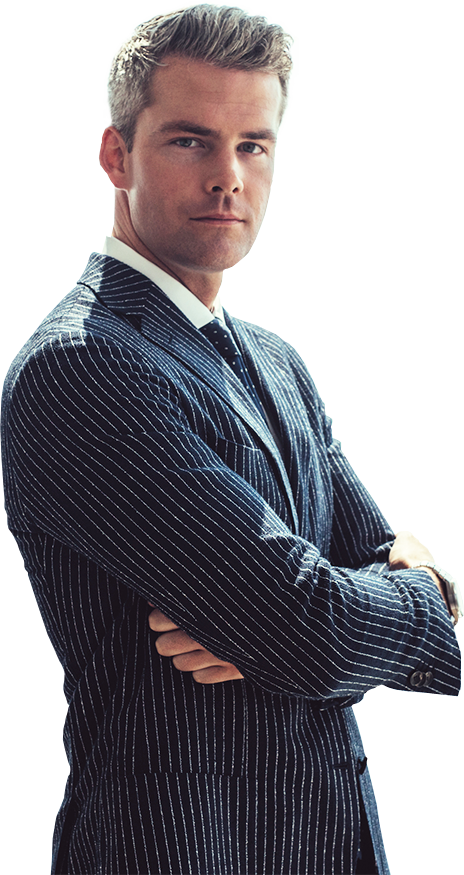 On September 15, 2008, the subprime mortgage industry collapsed, Lehman Brothers filed for bankruptcy, and a 24-year-old Ryan began his first day in the real estate business after struggling as an actor and hand model. Over the next twelve years, what began as a job to cover rent and basic living expenses would become a career, a passion, and a catalyst for sustained growth and success.

After learning the nuances of the industry as a solo agent, Ryan created The Serhant Team. He expanded his team every year for 9 years until it consisted of more than 60 experienced agents and marketing support staff. Along the journey, he formed The Serhant Team New Development Group and swiftly established it as a leader in new construction sales. Ranked the #1 Sales Team in New York by the Wall Street Journal for three straight years and among the top teams in the nation for the better part of a decade, The Serhant Team has done over $4 billion in sales, has sold more than 80 new development projects across New York, Los Angeles, and Miami, and has broken price-per-square-foot records across the city.

In 2020, Ryan founded SERHANT., a new brokerage designed for the marketplace of tomorrow. With in-house production and branding capabilities and a tech-powered innovation platform, SERHANT. has revolutionized the traditional brokerage model.

Ryan is known as a star of Bravo’s Emmy-nominated Million Dollar Listing New York, its spin-off show Sell It Like Serhant, and for his appearance in the film While We’re Young alongside Ben Stiller, Naomi Watts, and Adam Driver.

In 2018, Ryan started his own entertainment and media company, Serhant Media Group, which evolved into SERHANT. Studios in 2020. SERHANT. Studios is an in-house marketing arm and production company for Ryan's real estate and television endeavors. To date, content produced by SERHANT. Studios averages over 100 million impressions per month. The media arm has helped grow SERHANT. into the most-followed real estate brand in the world through Ryan's YouTube channel, the Facebook Watch show Unlocked, and the first-of-its-kind real estate media network, LISTED.

Ryan is a frequent guest on broadcast, cable, and digital news networks, including NBC, ABC, CNBC, CNN, Buzzfeed, and others. He is also a contributor to Forbes, where he writes a column about real estate, sales, and branding. Ryan is focused on developing inspiring sales and lifestyle communities through education and writing. His best-selling book and innovative real estate sales course of the same name, Sell It Like Serhant, are inside looks at all of Ryan’s sales strategies and techniques.

Big Money Energy, which began as a weekly newsletter in 2019, is now a full-fledged community with hundreds of thousands of subscribers and a companion book focused on helping individuals tap into their inner confidence and positive energy to change their lives.

The purpose of both initiatives is to give others the roadmap Ryan used to go from struggling actor and novice real estate agent to leader of a multi-hundred-million-dollar sales team and CEO of the most followed brokerage brand in the world.

Ryan is an active supporter of Project Sunshine and City Harvest, among others.

Ryan was born in Houston, Texas, grew up outside Boston, and graduated from Hamilton College in 2006 with degrees in English Literature and Theatre. He lives in New York City with his wife, Emilia, and their daughter, Zena.

BEGIN YOUR APPLICATION
GET THE SYLLABUS